Core Language for Everyone 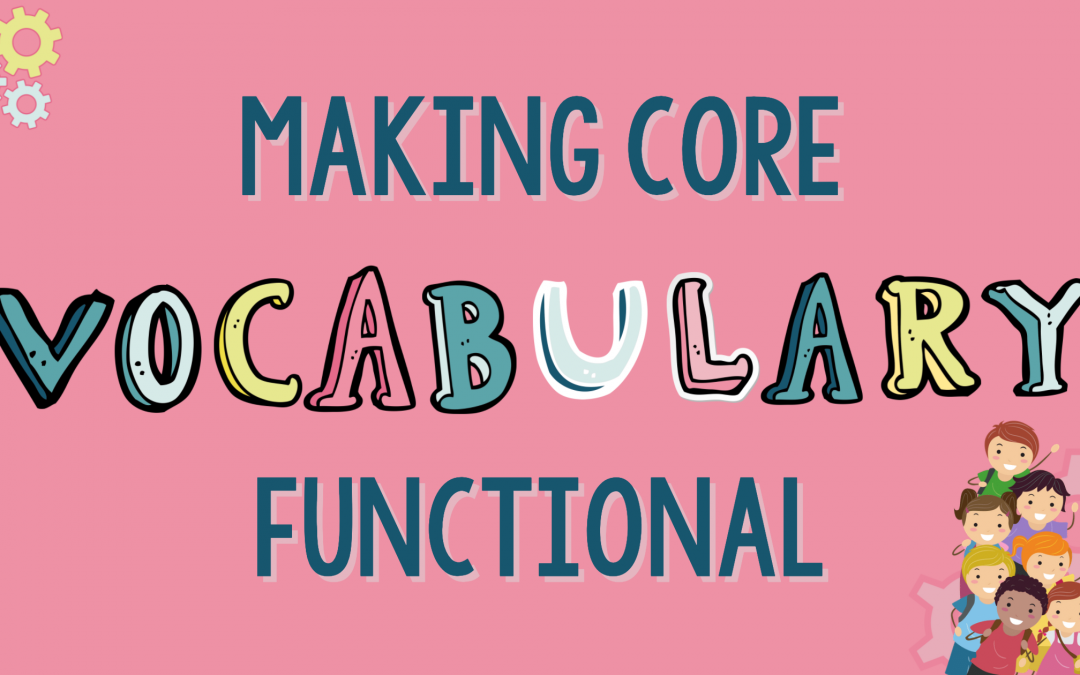 The core language was created using the most widely used words by developing children.  Core language lists contain the first 100, 200, and 300 most widely used words by typically developing children.  Most AAC programs are based on a core vocabulary system.  As I started working with students using AAC, I became curious about core vocabulary and the words included.  These are the questions that I have asked about our core language system.

When I started working with AAC most of my students used a combination of signs, gestures, vocalizations, and a few had AAC devices.  Some of my students were just starting to develop symbolic communication.  I had a few students with dynamic display devices, but they were not being accessed.  When I started to look at their vocabulary, I noticed that many of the words shown were not functional for the students.  So I started researching.  I wanted to understand where the vocabulary sets came from and how to modify them for success!

When I work with families and school-based teams, first I have the communication team fill out a vocabulary questionnaire.  What are the child’s favorite activities, foods, family members, etc.   From the assessment data, we determine the size of the vocabulary.  We make sure that the core is FUNCTIONAL for the student.  So instead of just core vocabulary, I think of Functional Core Vocabulary.  This reminds me to focus on what is functional for my specific client.

How do I set up core up for my student?

When I am setting up the core or my students, I look at:
1.  Level of my communicator
2.  Age of the communicator
3.  Their environment
4.  Their wants and needs.

Along with the communication team we set up a functional core vocabulary system just for them.  I use the framework for the program that is provided but personalize it for the child.  So, for example, if I am setting up a program using TouchChat, I use the inherent folder/color design.  I look for the vocabulary size that will support current levels but with room to grow.  We do NOT want to limit their vocabulary growth.

There are various color schemes used in AAC systems.  The two most mainly used are Fitzgerald Key and the Goossens, Grain, & Elder System.  It does not matter which method you use, but be consistent within the program you are using. 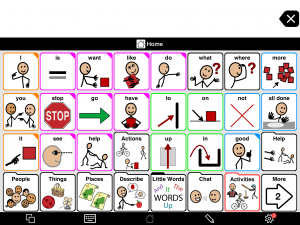 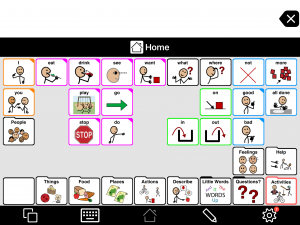 These are just a few thoughts and ideas for how to set up a core vocabulary.  Coming soon… Fun and Functional Activities for building language using AAC.