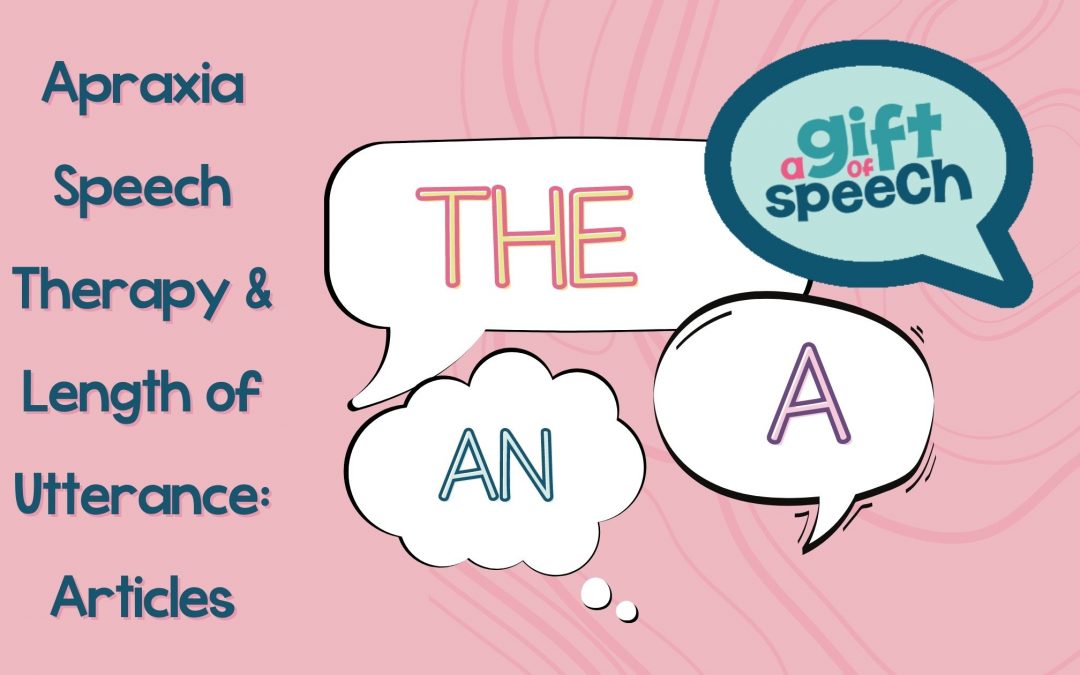 This is an important step that I also use with children with articulation and phonological disorders.  I have found that it helps a student move past single word utterances to multisyllabic utterances. It is also an essential component of coarticulation between words in a sentence.

There are times that I work on more “telegraphic” speech like “I see dog.”  But I find the articles a, an, and the to be very important to work with early on, depending on the nature of the disorder and the child’s current level.

So why am I chatting about articles today?  Well, because I messed up.  I inadvertently allowed my student to “overgeneralize” the article “a” and “the.” 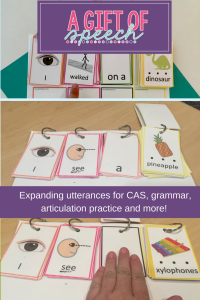 We have recently moved from 2-3 word utterances to 4-5 word utterances.  This overgeneralization has become more pronounced with the length of utterances!  Whoops!  In my defense, this has been an essential building block for coarticulation between words, and I don’t think he would have been able to understand the rules before now.

So last week, I introduced an activity for teaching when to use “a” and when you don’t need an article.  OK, so don’t judge me, but I pulled open grammar 101 so that I knew the specifics.  It is one of those things that we tend to do naturally, and I know I didn’t think about the specifics (except for “a” vs. “an”).

So below is a picture of a project I am working on for TeachersPayTeachers called “Building Utterances.”  That is what it is called now, but I think I need to think up something more interesting.

I found a great chart and explanation for articles and how to use them.  Take a look at the chart on the following site:  Chart for teaching articles.

Because the client I am working with has CAS, which has significantly impacted his development of grammatical morphemes and his age, I am teaching him the basics.  It can get so complicated, and I am trying to build a platform that we can use to clarify the wonderfully confusing rules of English.

Now, this is not all of the rules, but a basic way for me to discuss the overgeneralization he was producing and build some activities to work on this. 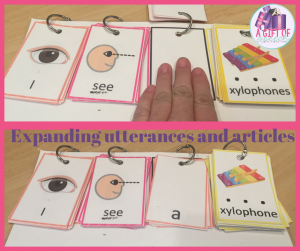